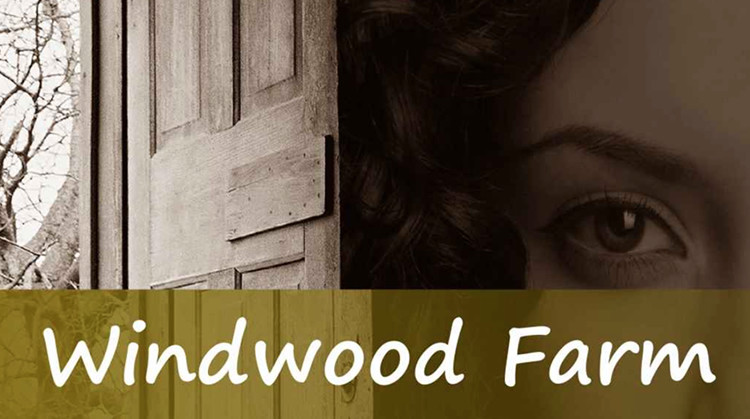 Retail Sample – Taryn confronts the presence in the house.

Character Sample – Taryn hunts down answers to the mystery. She stops in at the diner for a bite to eat and question young Tammy, then heads over to the Stokes County Historical Society where she questions Phyllis and Geneva.

As a mixed media artist and urban explorer with a love for abandoned houses and a big imagination when it comes to the past, 30 year old Taryn has never really met an old house she didn’t like. In fact, she’s made a career out of painting these sad, often derelict structures, to show them in their former glory for her clients.

With Windwood Farm, though, she might have bitten off more than she can chew!

The locals refer to it as “the devil’s house” and even vandals have stayed away from this once grand stone farmhouse in Vidalia, Kentucky. Hired by the Stokes County Historical Society to paint it before it’s demolished by a land development company, Taryn’s determined to make friends with the house and farm everyone around her seems to be terrified of.

As it turns out, though, their fears may just not be unfounded.
Who is the woman whose cries echo throughout the farm and what does she want? What negative force about the house is so powerful that it won’t even allow the upstairs bedroom to be touched? Does the 93 year old vanishing of the next door neighbor have anything to do with the house’s mysteries?

Taryn wants the answers to these and the house may just be trying to tell her because now, when she looks through her camera, she doesn’t have to use her imagination to see the past–

SHE CAN SEE IT!

Will Taryn be able to figure out what happened here AND escape with her sanity and life before the house comes down? Because now it seems like someone is trying to kill her! Using what her camera reveals to her and her wits, she’ll try to unravel the mysteries of the farm and get out before it’s too late.