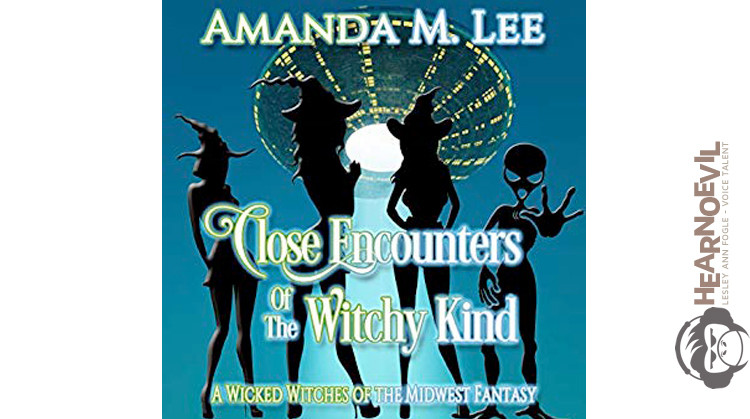 Close Encounters of the Witchy Kind by Amanda M Lee, A Wicked Witches of the Midwest Fantasy, Book 6, August 27, 2018

The truth is out there … probably.

What looks to be an aircraft of some sort goes down in Potter’s Field and, of course, every looky-loo in the area turns out to watch it burn. When the federal government shows up to take over the scene and shuts down access to the site, Bay Winchester is suspicious. Things only get worse when her boyfriend Landon Michaels is ordered to abstain from sharing information from her.

Conspiracy theories start flying fast and furious when alien bloggers descend on the area and Aunt Tillie starts throwing around her science fiction knowledge … which is all gleaned from television, movies and books.

In her head, Bay knows that the odds of an alien craft landing in Hemlock Cove are fairly long. In her heart, though, she can’t quite ignore the prospect … especially when certain things start happening to further Aunt Tillie’s wild suggestions.

Bay is determined to find answers, and she’s taking her family along for the ride. This time, though, she’s going up against the federal government, and only one faction will come out victorious. The Force will be with them. Okay, Aunt Tillie will be with them. She’s a force to be reckoned with, though.