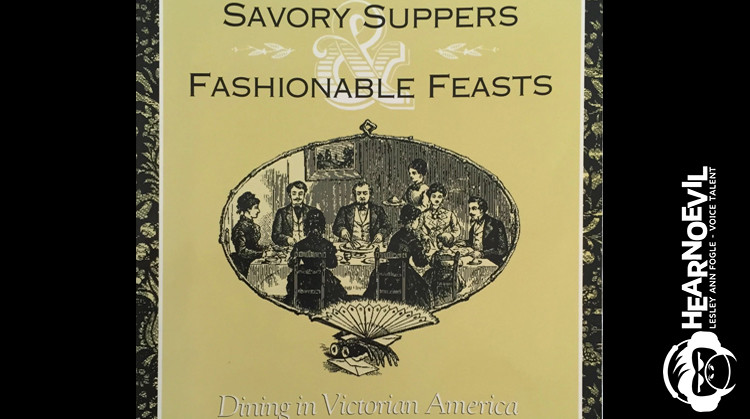 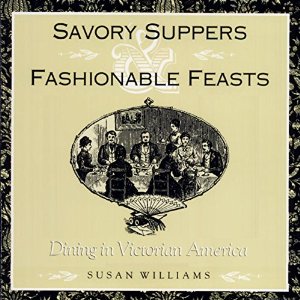 Savory Suppers and Fashionable Feasts offers a delightfully flavorful tour of dining in America during the second half of the 19th century.

Historian Susan Williams investigates the manners and morals of that era by looking at its eating customs and cooking methods. As she reveals, genteel dining became an increasingly important means of achieving social stability during a period when Americans were facing significant changes on a variety of fronts – social, cultural, intellectual, technological, and demographic.

Focusing on the rapidly expanding middle class, Williams not only examines mealtime rituals, but she looks at the material culture of Victorian dining: the furniture, the furnishings, and the growing array of accouterments – from asparagus tongs to sardine servers and lace doilies – that supported genteel expectations for tableside behavior. She also explores changing ideas about meals – how they fit into the daily schedule and what kinds of food and drink came to characterize specific meals and menus. The result is at once an informative look at life in Victorian America, and a sumptuous celebration of a key moment in the country’s culinary experience.

“This lively and informative volume gives a good general picture of the eating patterns of the middle and upper classes in late 19th-century America. With its many choice quotations and entertaining anecdotes, this well-written book should appeal to a wide audience. Highly recommended.” (Library Journal)